For its anniversary Carrefour sells at prices of 50 years ago

Carrefour launched last week a advertising campaign on Rome, Italy, that got a broad press coverage. To celebrate its 50th anniversary, Carrefour decided to advertise and sell a series of products at the prices of 50 years ago. A series of vintage ad was produced to sell, for instance, a liter of wine at 0,07€.

I first saw this campaign on the Facebook page of a French marketing magazine for practitioners. This campaign generated very positive word-of-mouth but I found that it deserved criticism. Let me explain why.

There is a law in Europe that forbids so-called dumping. What it means is that you may not sell goods or services under their costs. This is to prevent unlawful competition. When I first saw a liter of wine sold for 0,07€ the question that came to my mind immediately was “how the hell can they sell to this price?”. You may not know it but producing a liter of wine costs a lot of money, especially when it’s good wine. Alone the costs associated to care of the vines (treatments, cuts, …) are around 1€ per bottle of 0,75L.When you add salaries, the price of the bottle, … you come usually in the 2-3€ range.

Therefore Carrefour loses money on the bottles they sell. How can it be?

In the past supermarkets invited the principle of “back margins”. Basically, because they couldn’t sell under the price they paid to their suppliers, they invoiced their suppliers for a series of services they never provided. Suppliers had no other choice than to accept if they wanted to keep selling through the supermarkets. It’s a typical example of high customer bargaining power.

A bill was passed to forbid these back margins in France but I’m not sure what the situation is in Italy. Although forbidden in France, bad practices have evolved. The suppliers are still the victims of it. The latest example I heard about was about “panel costs”. Carrefour suddenly informed its suppliers that it will invoice them 150€ to 200€ per year and per product for so-called “panel costs”, which should cover the costs of organizing panels with consumers to taste the suppliers’ products. The only problem is that suppliers have no choice but to accept and that Carrefour informed them that they would neither own the results, nor see them. Moreover, when you know that suppliers usually provide dozens of different products to supermarkets, the costs associated were pretty high and amounted to several thousands Euros.

This anniversary advertising campaign does NOT deserve our attention. It is just an outrage made to Carrefour’s suppliers which most probably subsidize, indirectly, this campaign through cutting in their revenues. Marketing must remain a discipline respectful of all stakeholders, including suppliers, and supermarkets –especially Carrefour- are not well known for that.

Keep my advice in mind; if something is too good to be real, dig deeper to understand what’s hidden behind. The reality may well disappoint you. 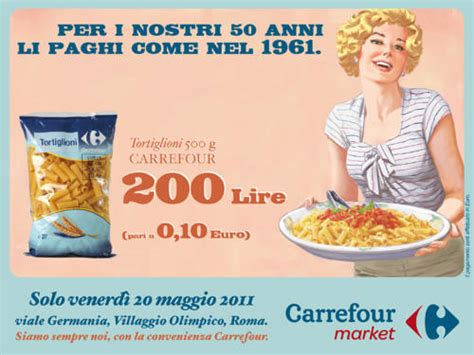 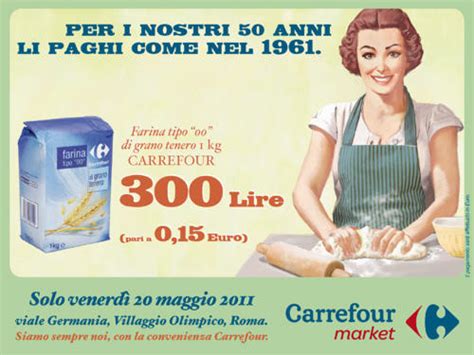