Impact of the manufacturing recession on IT development

Home » Strategy » Impact of the manufacturing recession on IT development

The current situation in the European markets shows negative trends in most sectors. The IT market is also affected, especially for companies working for industrial customers. In this article, we analyze past and future situations and discuss the actions IT development companies can take to minimize their losses and become more resilient.

In this article, we look at the dependence of software vendors on manufacturing activity in Europe and what can be done to gain resilience.

Manufacturing companies are cutting costs on services they believe are not essential:

Under these conditions, IT development companies will be negatively impacted and must prepare for the situation ahead. To face it, we propose a reflection at the macro and micro levels, emphasizing the search for new markets.

The software industry has suffered 4 impacts in the last two years.

The first shock came when offices closed, and an immediate need for remote collaboration tools arose. Not all companies were able to implement it easily. The growth of some was affected. This shock became an opportunity for agile teams to try a 100% remote working method, quite different from the previous hybrid mode.

One of the most symptomatic examples of this first phase was the 30-fold increase in the use of Zoom. Another example is food delivery apps, which saw a 41% increase in users, a trend already evident at the onset of the crisis in Google searches.

The second impact, this time positive, is linked to the digitalization of activities. Remote working has brought about a revolution, even in sectors that had been protected from it, such as administration. A striking example of the digitization of public administration is that 47% of all local government offices in Germany have introduced new online services since the beginning of the pandemic. This development has become widespread throughout the EU.

Despite the almost immediate drop in production that led to a 6.1% drop in GDP in the EU (2020), most software companies thrived on a spike in service demand. This was undoubtedly an opportunity, especially for domestic companies and those that relocate. Indeed, policies have become more protectionist.

Production levels rose sharply due to reduced restrictions and a financial boost at the EU and country levels. Eurostat reported an 8 percent increase in manufacturing output in 2021 compared to 2020 in the EU. This also had a positive effect on IT teams, who were able to go back to the office and increase their efficiency. However, they found that a remote way of working was more efficient than face-to-face work. This led to reductions in office space. The third positive impact was a gradual economic recovery from the weakening of COVID.

This favorable situation led to a boom in the job market and created a shortage of developers and other IT specialists.

The fourth impact was the Russian-Ukrainian war, which strongly affected the entire EU economy, including the software sector. This major disruption led to massive migration flows, a strain on the supply chain, exports, and the import of fossil fuels. The positive growth impact is likely to be followed by a recession.

In this situation, large manufacturing companies are entering a survival mode. German automotive companies are starting to cut back on their R&D budgets and develop new vehicle lines. IT development activities are negatively affected.

A recession is inevitable. The Purchasing Managers Index (PMI) is below 50, its tipping point. In addition, PMI orders have fallen by 10% year-on-year for the major European economies.

So, what are the options for IT development companies in the troubled times ahead?

All the events described above are changing the behavior of both manufacturing companies and end customers. The former has to face an increase in their production costs. The latter are seeing their purchasing power drastically reduced.

The most obvious sign of the crisis in the automobile industry is the decline in new vehicle registrations (-20.3 percent in the first quarter of 2022). However, this will not affect the profitability of car manufacturers. They expect German vehicle production to fall by 700,000 units. We can observe a similar situation in other industrial sectors, particularly because of soaring energy costs and plant shutdowns.

This could be a paradigm shift and the beginning of a decline. The less vital needs of the Human Being are little by little left aside under the economic constraint. It is useful to have Maslow’s pyramid in mind to anticipate the priority changes. 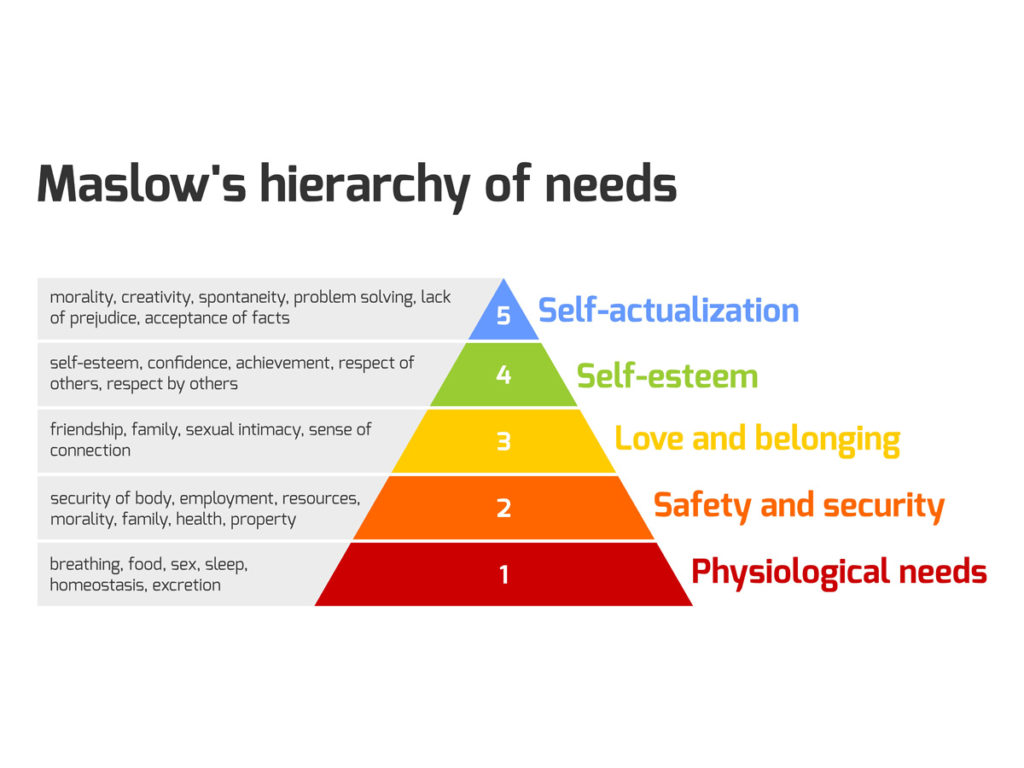 How to prepare your company for the recession

Several types of actions can be taken to limit the risks. The message is clear: we must put ourselves in “survival” mode. We therefore distinguish 2 types of measures to be taken:

Actions to be taken at the macro level

The situation at the macro level is beyond the control of companies. There is no choice but to adapt. However, there is nothing to stop companies from reorienting themselves to find the most attractive macro markets on a sectoral or geographical level.

The time zone ranges from +1 to +3 hours, which is convenient for working together and synchronizing teams. For IT development companies in Europe, time zones make providing services to American customers impractical. Instead, we advise you to look at the Gulf markets, where oil and gas revenues thrive.

Another option to counteract such a crisis could be decreasing service/license prices to make IT services more affordable for their customers. This will have an obvious negative impact on the IT job market. However, in our opinion, most established companies still have a sufficient margin of safety and will be able to at least “freeze” their teams without threatening their survival.

Conditions at the micro level

Micro-level measures are based on optimization steps for ongoing projects and teams. The priority is to retain key customers.

Another measure would be, unfortunately, a change in human resources policy. In a “survival” mode, it could be envisaged to freeze hiring or even lay off employees. This would directly affect young graduates.

We also refer you to the 9 micro measures discussed in this article. In particular, we discussed the flexibilization of the human resources policy.

There is no simple answer to the problems described above, but there are a few options that every IT development company can take to minimize losses and get through uncertain times.

A recession is not yet a crisis. We can therefore use it to lay the groundwork for future economic recovery. Diversification of clients and geographic markets, combined with a sound hiring policy, is, in our opinion, the key to sustainable growth.

Viktor Vyhor wrote this article at the suggestion of IntoTheMinds. It was reviewed and edited by Pierre-Nicolas Schwab in its French version.