Nudge: how to influence nutrition with algorithms?

Home » Research » Nudge: how to influence nutrition with algorithms?

Algorithms are widely used to personalize the online experience. They are largely based on algorithmic recommendation systems. While recommending movies or products is relatively simple, proposing food or recipes is more complex. Popularizing grocery delivery services and recipe websites has spurred developments in this area.

In this article, we will discuss 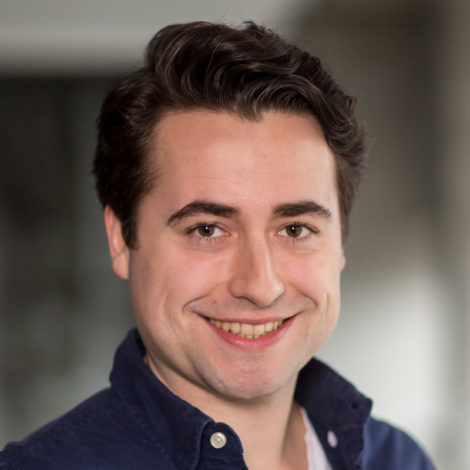 This article is proposed by Alain Starke, a post-doctoral fellow in algorithmic recommendation applied to food at Wageningen University, The Netherlands, and associate professor in recommendation systems at the University of Bergen, Norway.

The website AllRecipes.com hosts more recipes than you can cook in a lifetime. Its users add nearly 200 recipes daily to its already huge database. To help users find their way around, filtering the information is essential. How do you determine which recipe to show to which user?

The recommendation algorithms as applied to nutrition

This is where recommendation algorithms come in. They allow personalization based on user data.

Another approach is particularly useful when the user is not yet known or does not have a significant search history. It consists in prioritizing the most popular sweet potato recipes. We then show the recipes that have received the most positive assessments or accumulated the most page views.

If more is known about the users and they are active on the website, we can use collaborative methods. For example, users who have liked similar recipes can be tapped to propose relevant content suggestions.

The difficult balance between healthy eating and favorite foods?

There is a very specific problem that relates to algorithmic food recommendation. Health is an aspect that many users consider important, but this is not always reflected in their preferences or choices. So how should an algorithm balance health and food enjoyment?

Research realized by Christoph Trattner and colleagues in 2018 showed that the “health” factor is a negative predictor of a recipe’s popularity. Many visitors to recipe websites are not regular users and are presented with popular content at best. These are, unfortunately, relatively unhealthy. This is what we could call the “popularity bias” of recipes. The designer could therefore be tempted not to include the “health” factor to increase the algorithm’s performance.

2021 research highlights the trade-off between health and algorithmic accuracy. This trade-off is measured by recommendations that favor healthy eating over those that suggest “popular” (i.e., less healthy) foods. To favor healthy food, we “punish” (this is the technical term) the recommendations that are not healthy, and we reward those that are. We, therefore, introduce a voluntary bias in the algorithm. By doing so, the recommended recipes were healthier. Naturally, the accuracy of the algorithm decreased, which shows that an approach that optimizes preferences is not efficient. The challenge, then, is to find an ideal balance where maximum health gains offset the decrease in accuracy.

One of the keys to successful dietary recommendations is listening to users. Constraints and objectives must be taken into account. Does the user have any allergies? Are they currently on a specific diet that has dietary constraints? Do they have a specific dietary goal or general preferences, such as a more sustainable diet or low-fat dishes? These aspects must be considered, even if it means going beyond algorithmic optimization.

Food recommendation is what we call a multi-objective optimization problem. User preferences can change from one day to another, as well as over the long term.

Recommendation algorithms do not work in isolation. Influencing user behavior also depends on how recommendations are displayed.

Algorithms determine what is shown. Interfaces determine how recommendations are displayed.

Although “nudging” is used loosely in many publications, it refers to modifications that result in predictable user changes. In general, nudges exploit human biases.

The classic example of food nudging is placing products you want to “push” within sight in a supermarket.

We can combine recommendation algorithms and nudging techniques. For example, we can explain the generated recommendations to users. Netflix’s algorithm proposes a movie based on your viewing history.

For food recommendation systems, a good example is a research realized by Cataldo Musto et al. in 2021. The research investigated whether food recommendation systems could justify to users why a healthy option might be favorable. The explanation was based on the nutrients and dietary characteristics of the proposed recipe. Such justifications make recipes more appealing and could help overcome popularity bias.

To achieve this result, recommendation algorithms can rely on natural language processing (NLP) to automate this process. Explanations or justifications can be seen as an additional “nudge” superimposed on the algorithm’s recommendations.

Visual attractiveness, another form of nudge

A more “roundabout” way to get people to eat would be to make specific foods or recipes more appealing.

Images displayed next to recipes have been shown to predict whether people like to try those recipes. This method can overcome food popularity bias, as demonstrated in this research from 2020. It relies on the following mechanism: 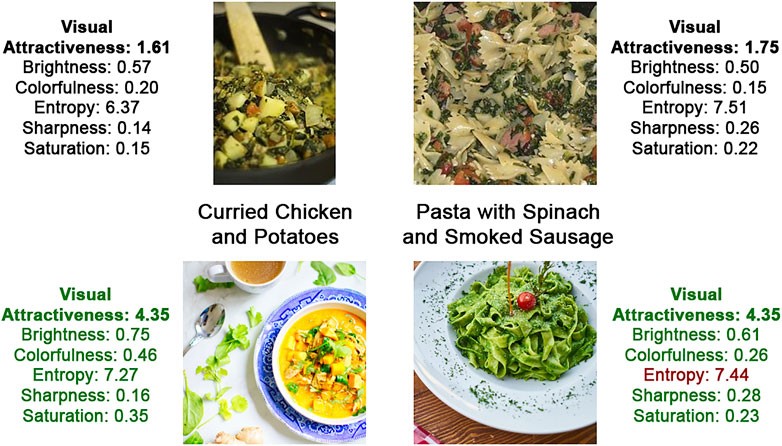 In this research, half of the users saw attractive images with healthier recipes, while the other half saw the original content. This “visual nudging” mechanism mitigates popularity bias, as the healthiness of the selected recipes increased by one point on a 9-point scale (see results above). Such a strategy raises ethical objections, as users are probably unaware of being influenced.

Do the nudges really work?

When it comes to food and healthy eating, previous analyses have already shown that the specific type of nudge plays an important role in its effectiveness. Research realized in 2020 shows that behavioral nudges work better than cognitive nudges.

It seems that many of our food choices are rather automatic and are, therefore, strongly influenced by how they are presented to the user. If specific options are not readily available, they may suffer. For example, rearranging the order of shelves in a supermarket may be more effective in affecting purchasing behavior than labeling a set of products with a high Nutri score.

Nudging, algorithmic recommendations … what does the future hold?

The scope of most research on recommendation systems is short-term or limited. Often different interfaces are compared in some A/B test, and then an analysis is realized to understand how the user’s decision-making is affected. This is usually the end of the story.

However, studying how the behavior changes in the longer term is possible. This would involve more algorithmic adaptation, in the sense that users may have a specific dietary goal and that this goal may change over time. These recommendation algorithms would have to “evolve” along with the user’s preferences to follow the “customer experience“.