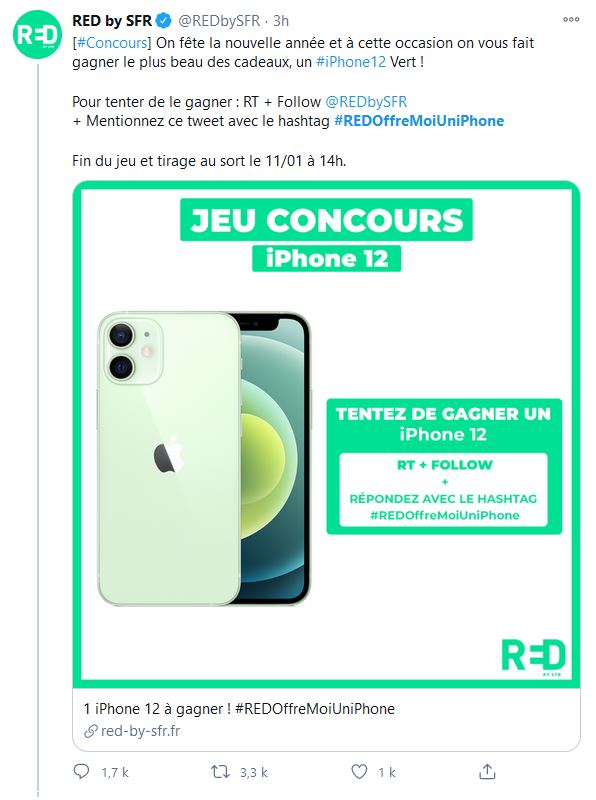 To celebrate the new year Red by SFR waited until 04 January to launch a marketing operation which offered it a 1st place in the ranking of French trends on Twitter. However, there was some heavy stuff on the other side, notably with the #TrumpTapes. But in the end, it was #REDOffreMoiUniPhone, which allowed them to collect nearly 3300 retweets in 3 hours. And this is likely to continue until 11/04/21 when the operation ends. We will see if Red by SFR is capable of trumping the 1st place for a week.

Between debauchery of emojis … 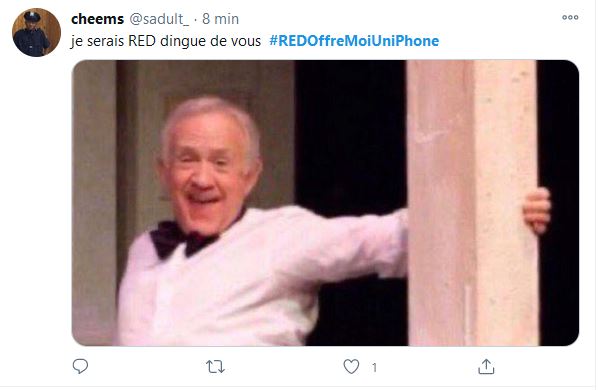 … Internet users have not lacked imagination to try their luck.

Lessons to remember from the #REDOffersMoiUniPhone action

Would #REDOfferMoiUniPhone be one of the most profitable marketing operations of the year? We’ll see on 11 January, but the least we can say is that for a starting bet of 1000€ the people in the com’ must be rubbing their hands together.

This proves that with a certain amount of creativity, it is still possible to do without paid ads. The initial stake is minimal, but some precautions must be taken beforehand:

Therefore, the lesson I would like to take from this action is that we can still make lovely marketing operations with very reasonable budgets. Congratulations to Red by SFR!