Recommendation algorithms : how CNN.com and Quartz learn to better know you

Making meaningful algorithmic recommendations require that your algorithm is “fed” with data about your customers tastes.
This can be done in many ways :

Let’s start with the CNN website. Although a “Read More” button has been in use for quite a long time on many different websites to track readers genuine interest in a piece of content, CNN “Read More” button is slightly different and I don’t know why.
When hit once the article won’t show. rather the button will turn black and you’ll have to hit it once more to read the entire article. Is it a failure-proof version of the 1-click version?
If someone has an idea I’m happy to learn. 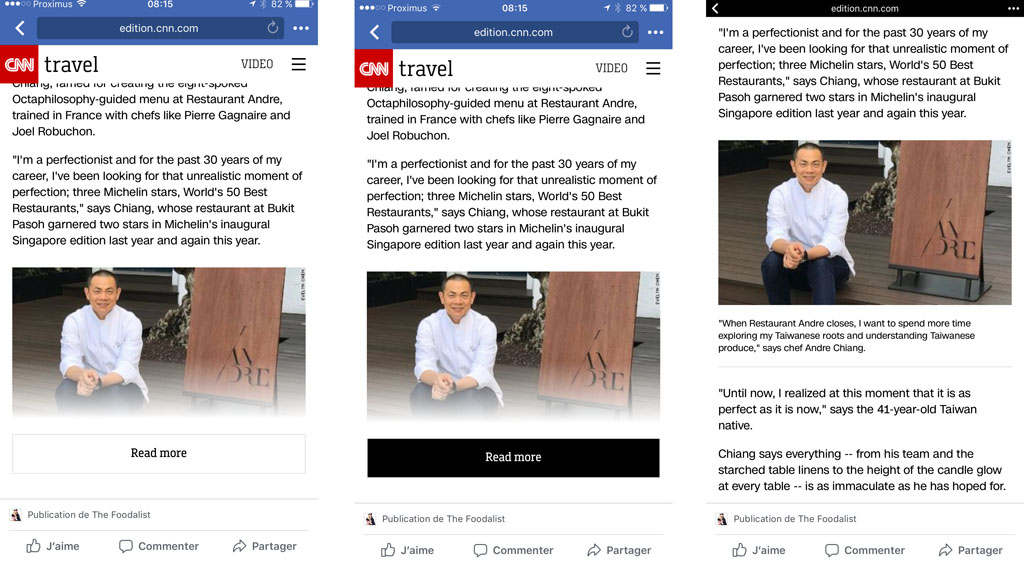 This one is a must see.
Let me first say that I love the Quartz mobile app. It’s so different from all other news apps you can use with its chatbot look and its way to interact with you.
The Qz.com app has an amazing explicit feedback mechanism implemented in the app setup. You can snooze all news about Donald Trump during 24h. Isn’t this a strong signal ? 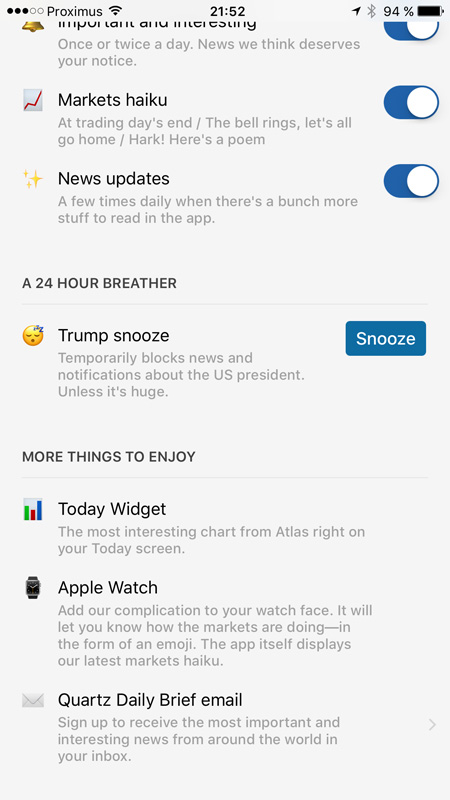