After our review of the London stores of Louis Vuitton and Sonia Rykiel, I tought it would be a good idea to post some pictures of the Hermes store (also on New Bond Street) dressed for Christmas. Not only is it a delight for the eyes but also a source of inspiration for retail specialists, especially during Christmas times.
This year the theme of the Hermes store windows was space conquest with a rocket and an astronaut equipment. The latter was equipped with a camera and a TV set (in black and white) that mimiced what  terrians saw on TV on 20 July 1969 when Amstrong put his foot on the moon. 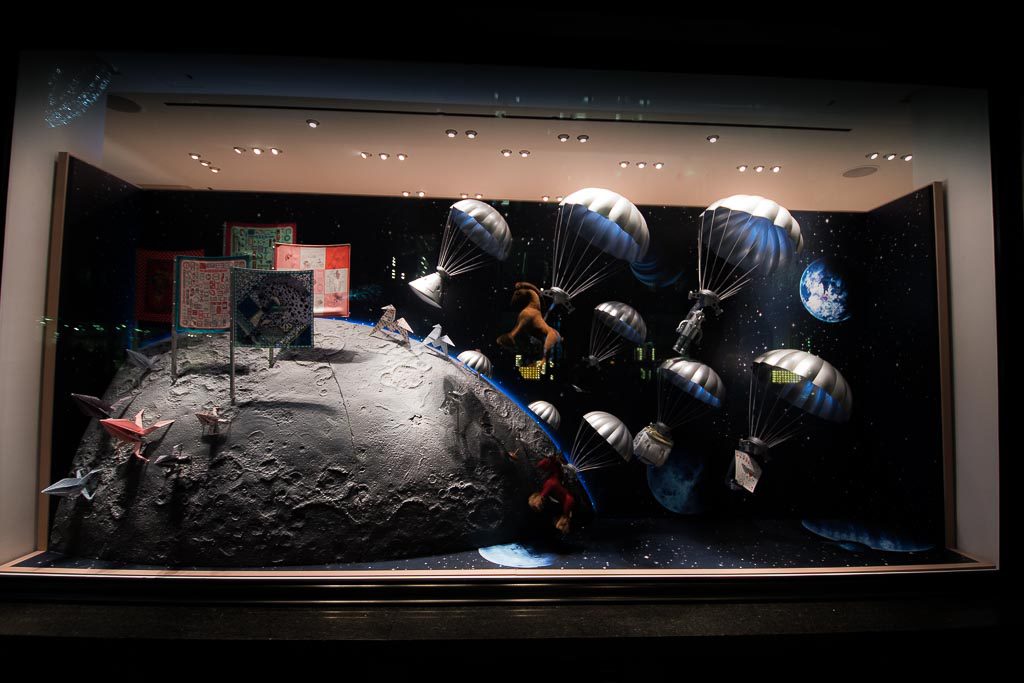 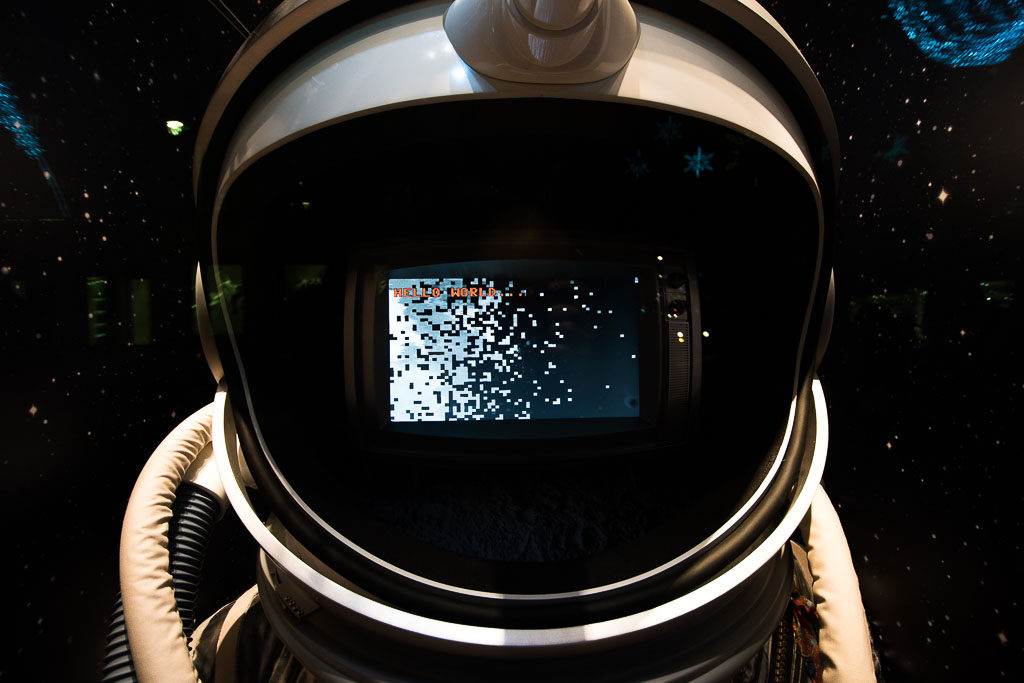 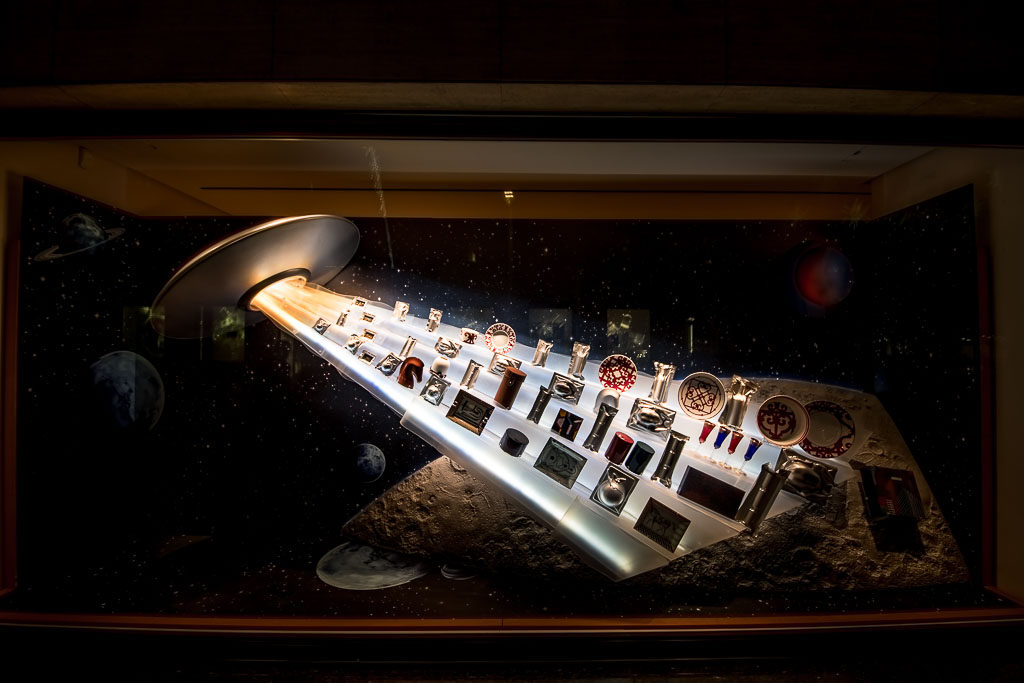 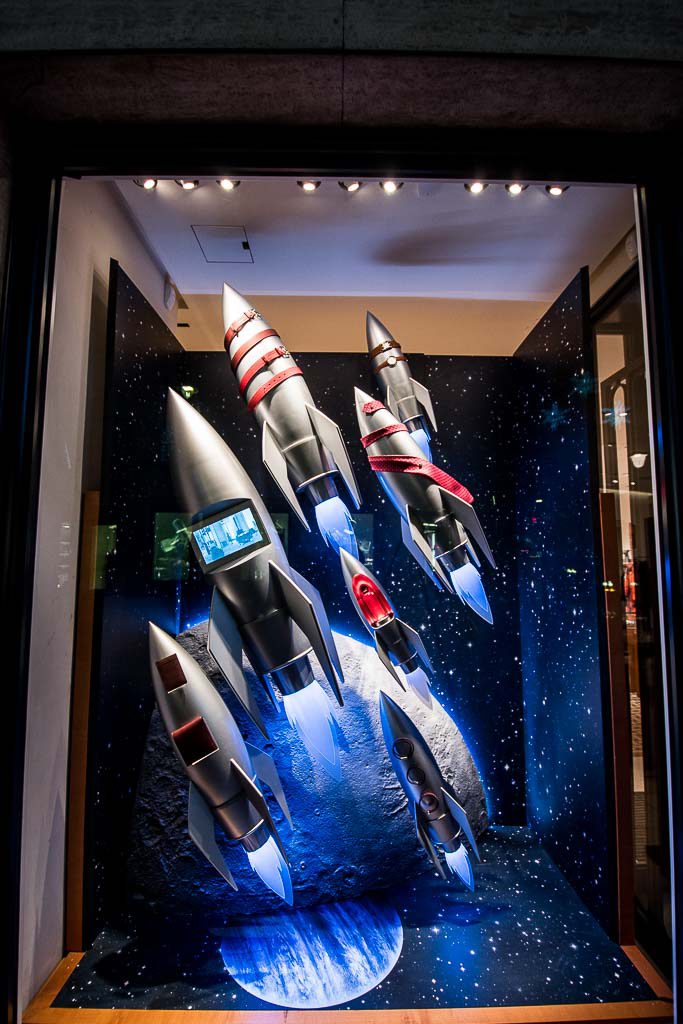 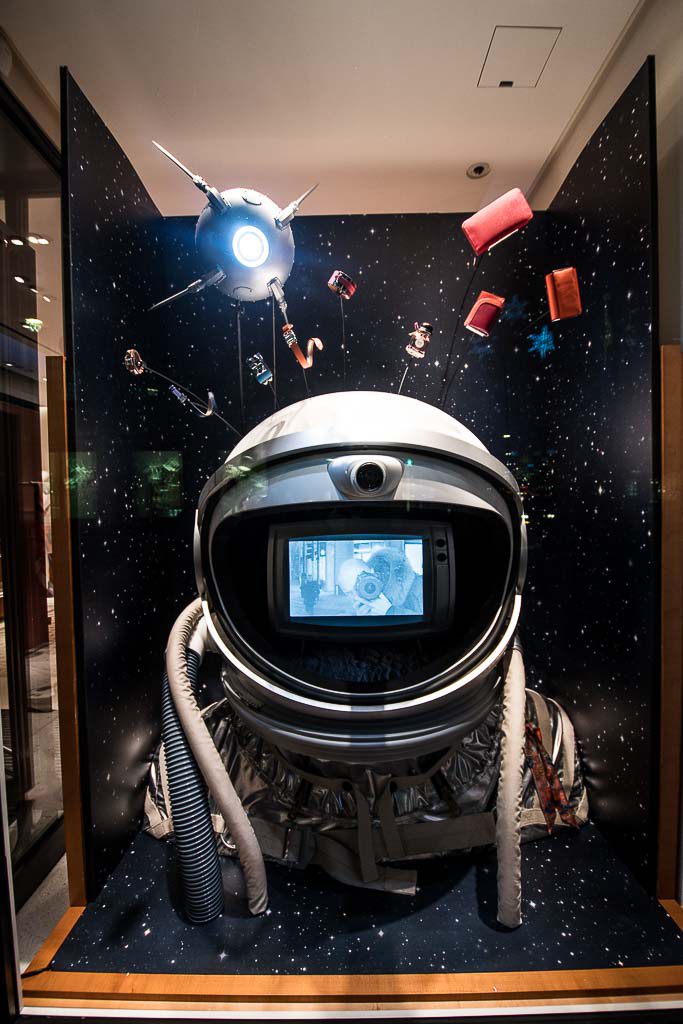