Idea in brief : how Nespresso transforms renovation work into a marketing campaign

It’s been a long time since we lastly published an “Idea in brief” post. Nespresso gives us the possibility to close the week with one interesting idea that we spotted on the Champs-Elysées in August.

Nespresso is currently renovating its flagship store on the Champs Elysées. Rather than just closing it and losing their loyal customers, what they did was to open a temporary shop (which you could also call “pop-up store” although in that case the location is the same as the permanent shop). The fences of the site were also used to communicate on what’s going on and a giant golden capsule actually made the building site visually attractive.

The latter may remind you of another initiative of the same type which we reported on last year : the opening of the Jaeger Le Coultre ship on Place Vendôme, where a giant watch became the focal point. Those two PR operations were both conceived by Parisian agency …

Renovating a salespoint is a must in today’s world. You won’t be able to do without it. Rather than enduring the renovation time, use it as an opportunity to get more visibility. Pedestrians and potential clients can become curious if you create something visually attractive. 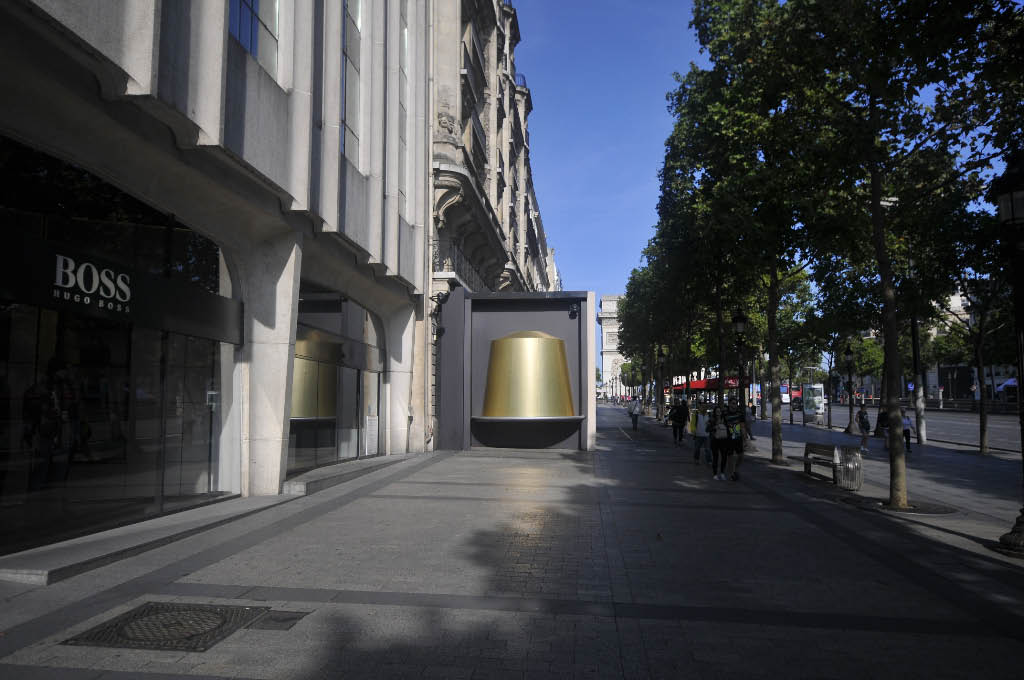 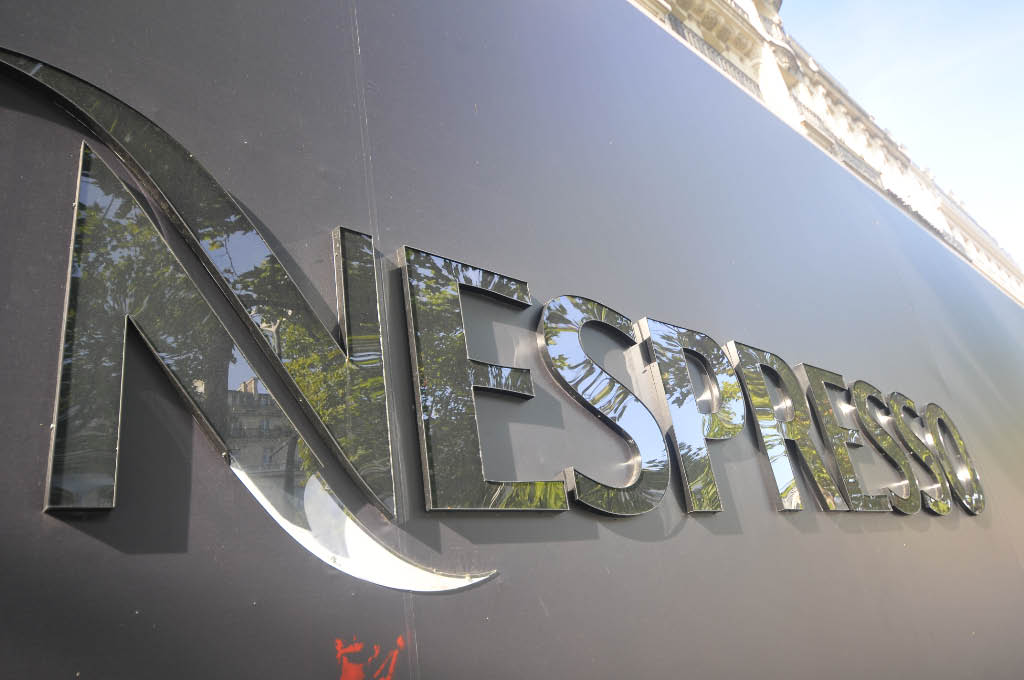 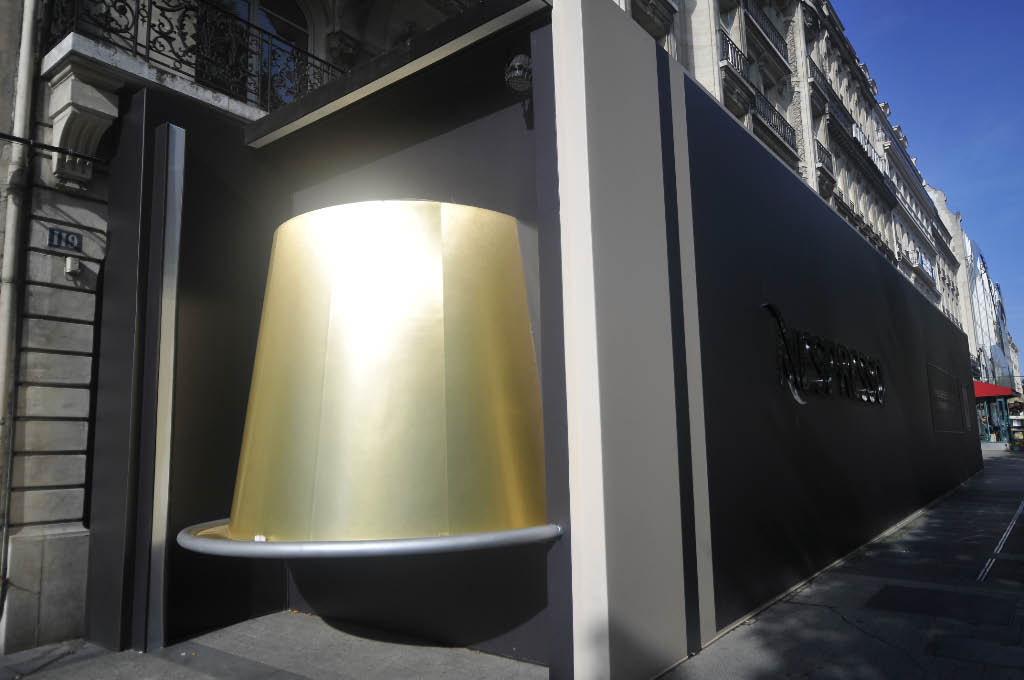