The bankruptcies in July resulted in a loss of 1,304 jobs: 744 full-time employees, 354 part-time employees and 206 salaried employers lost their jobs.

The number of bankruptcies in the first seven months of 2011 amounts to 5,830, a rise of 2.5% compared to the same period last year.

What I find even more scaring is the evolution of bankruptcies since the financial crisis started. Let’s have a look 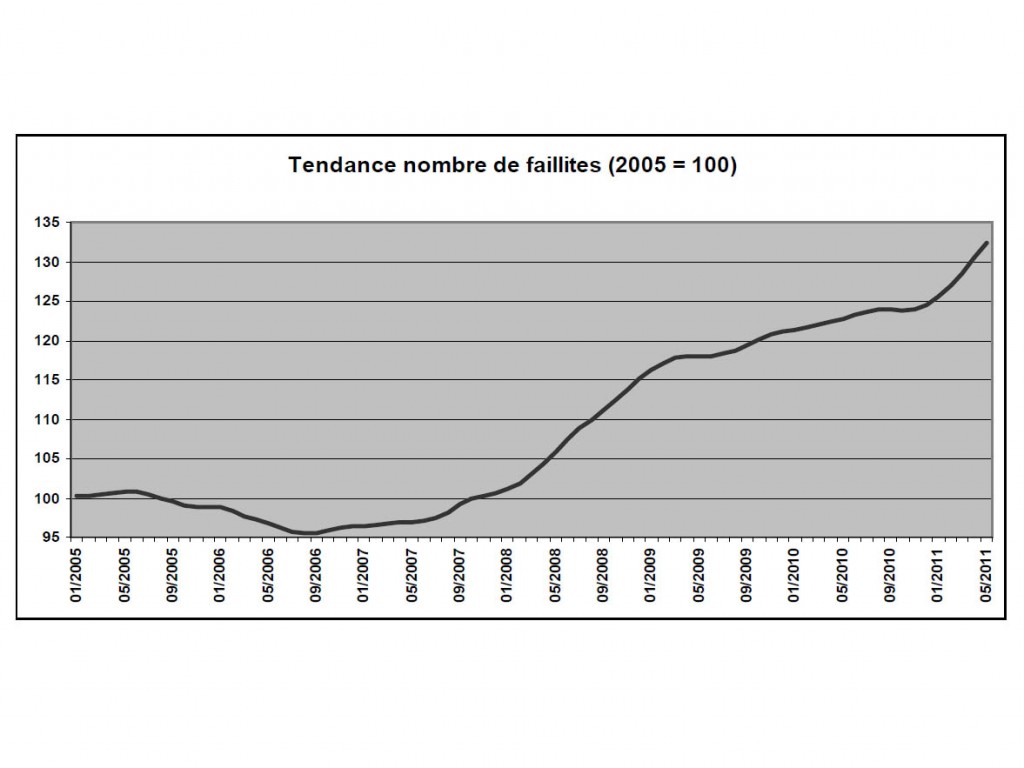 And that’s only the starting point. We’re now entering the last phase of the systemic crisis, something that no one before us never experienced. This last phase is the beginning of the end. Many more firms will die. Let’s think about what well may happen: jobs will be lost, unemployment will rise, banks (already in a troubles) will become even more careful, interest rates will go up, access to credit will be drastically reduced which will impede the creation of new businesses. The question you may ask is: are we about to enter a stagflation period? Time will tell.