Another great billboard created for the Delen bank

Home » Marketing » Another great billboard created for the Delen bank

Billboards on buildings are trendy. You may remember the post we dedicated to ING’s billboard created by Jean-Luc Moerman and unveiled in early March.

Here’s another example I saw in Brussels which is not only original on its form but which also is  linked to the message displayed (it takes time to grow a patrimony).

The billboard was conceived for a private bank (Delen Bank) and includes real trees symbolizing the growth process.

Billboards are definitely “in” and this example is among the best I’ve seen. It’s original, beautiful and as neat and simple as one can expect from a private bank. We at IntoTheMinds would love to interview the guys who conceived this billboard. 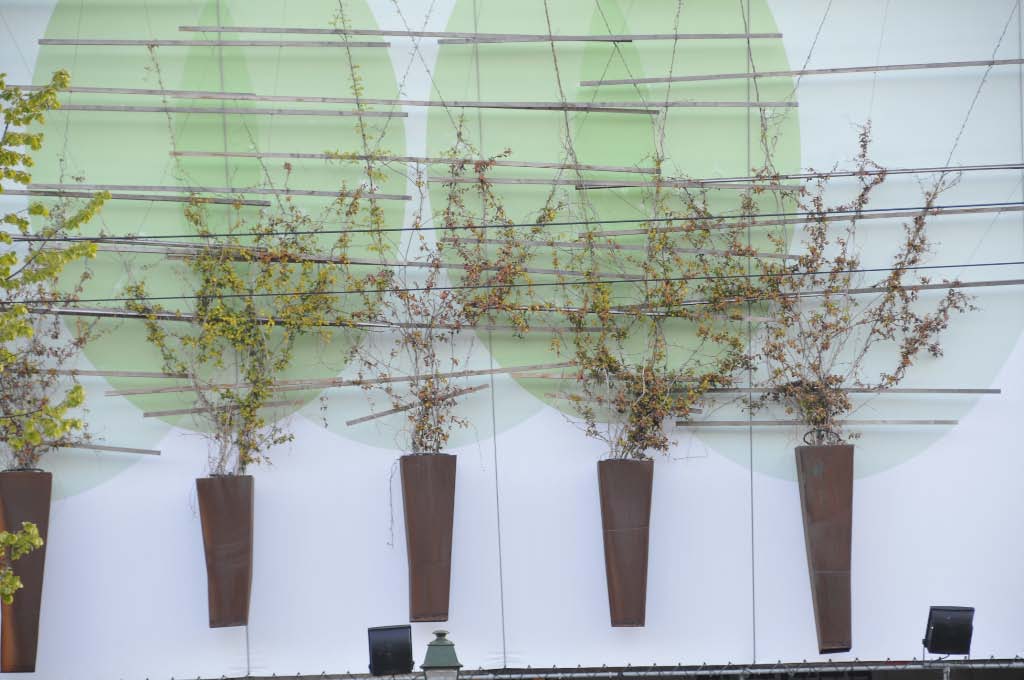 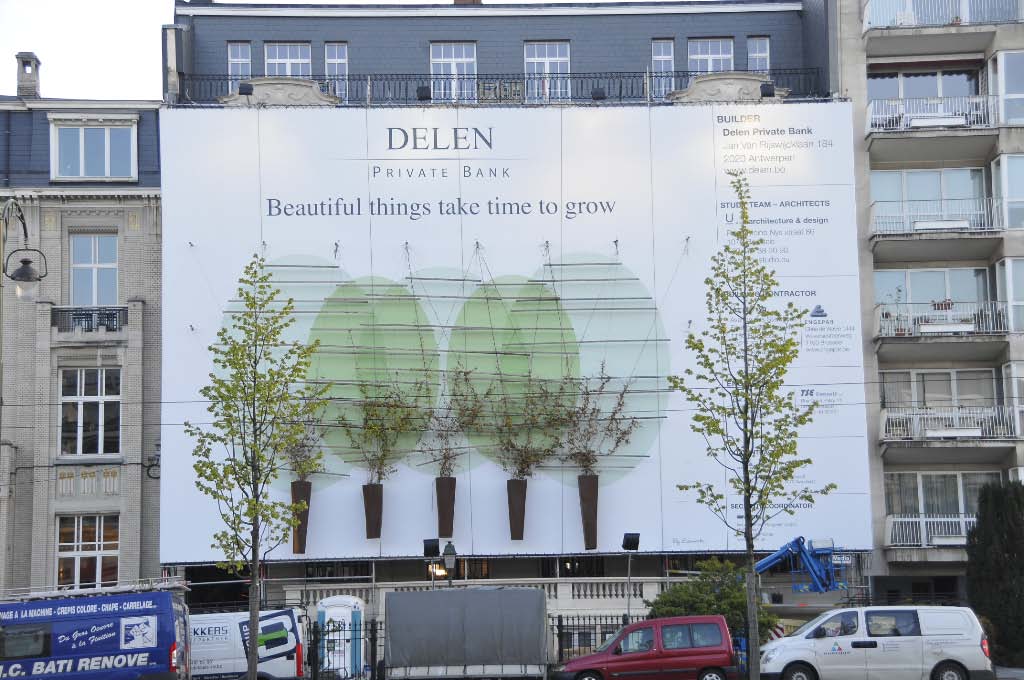 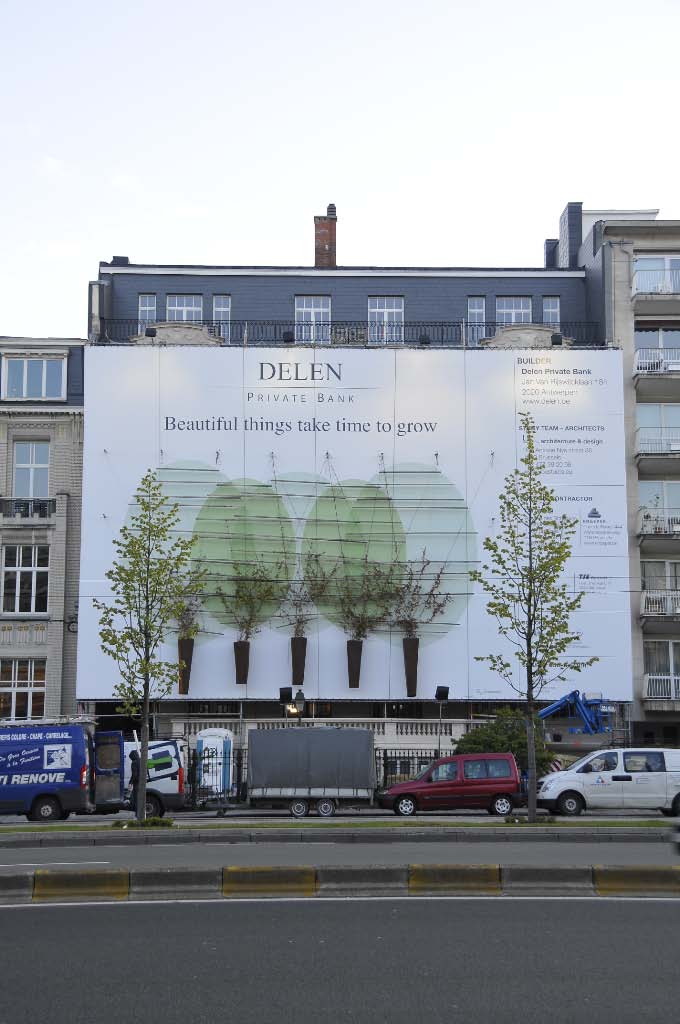