After Free entered the French mobile phone market in January 2012, the competitive landscape was completely changed. A Michael Porter’s 5-force analysis would lead to the conclusion that the power of suppliers was drastically weakened that that the rivalry among competitors dramatically increased.

An interesting testimony of the intensity of this rivalry is the advertisement below which was published on Oct 26th in French newspapers. 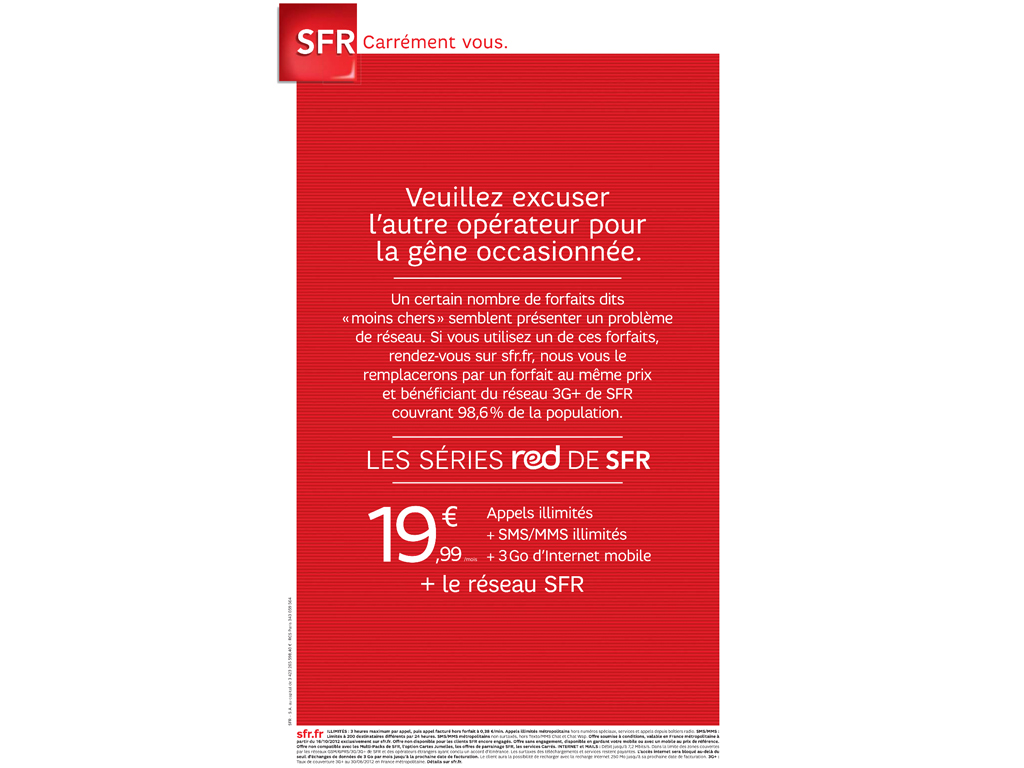 SFR makes use of recent Free’s technical difficulties and the resulting unsatisfaction of Free’s customers with the availability of the network.

SFR simply proposes in this ad that Free’s customers switch to SFR without additional costs. Such an aggressive move, publicized so openly in the press, is a rare example of high rivalry in a mature market.